A Curious Observer - Being Mostly Wrong 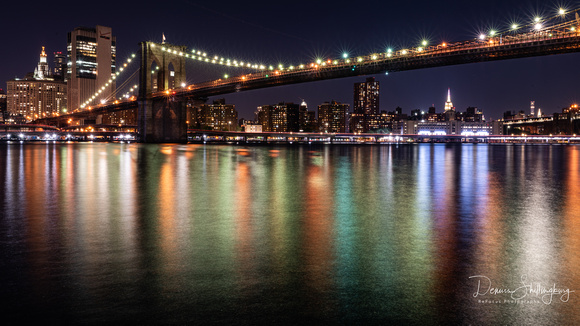 Have you ever been mostly wrong, most of the time? The kind of wrong where your best educated effort at right is still pretty much wrong. I have spent the last four days in New York City. This is not my first trip to New York, but it is the first trip that I have made the time to explore. Here is what I’ve learned; it’s easy to be wrong in New York City.

I can navigate with a topo map and a compass across vast landscapes – on unmarked trails, but in New York City I walked a mile to find a grocery store 100 yards from my starting point. I looked right passed the store and decided to go the other direction, as if I knew what was in the other direction.

No matter how many times Uber told me to go to the Northwest Corner of blahh and blahh, blahh street I could not find the correct corner. Finally, frustrated to action, I loaded my backpack up with camera and a trusty water bottle and set out on foot in search of how I could be so wrong in New York City.

Determined to be right at the first corner, I pinged the maps app and confidently made the wrong choice. Thankfully the little ball on my phone (not much help until the ball moves the wrong way) recognized I was going the wrong way. Nearly each corner I crested I had the opportunity to greet those on the street…twice, once going the wrong direction and once after correcting. You might think after twenty or so blocks my navigation skills would click in and I would start making more right directional choices. Nope!

I invested 7.5 miles that day (with my 35 pound backpack) to following the blue dot on the maps app. I ended up exactly 2.1 miles away from the residence, an idea of how much backtracking I did.

Still determined, the next day I set out for Central Park, a big target two miles from the residence. Once again at the first corner, I went the wrong direction and had to back track, this time only one block. After about 40 minutes of following the blue dot on the maps app, I arrived at the north edge of Central Park – nearly missing a park that is three miles long. Getting closer to right with each step, I entered the park and proceeded to head south, at least I thought I was heading south. I meandered back and forth across the park hoping to find the Central Park Zoo to photograph the resident polar bear. Once again, I backtracked my steps so frequently that my fitbit told me I had walked 6.5 miles to cross a 3-mile-long park. Ridiculous, right?

Frustrated, I hit up Uber and was again wrong attempting to find the southwest corner of the meet intersection. I’m surprised I didn’t get run over or ticketed for all the jaywalking I did in New York City.

Finally, the reason I was so often wrong became clear. The change of environment required me to change my tactics. I had to stop relying on what I knew worked in other places and change the way I approached navigating this new environment. The details of my environment became much more valuable as I zoomed my maps app in to see the names of specific businesses on the street and not just the name of the street. Instead of calling it the northwest corner I found the business located on what my app called the northwest corner. The change in tactics took me more time, but helped me start confidently making more right choices.

Using familiar tactics unsuccessfully in an unfamiliar and different environment? Perhaps it is time to intentionally seek new solutions to ongoing, unresolved challenges. Is it time to zoom in on where you are and adjust your approach based on your current surroundings?

Setting our hope on a life that once was when we last felt comfortable or confident in it is a recipe for frustration, disappointment and a whole lot of wrong turns.  Life, like time, only knows how to move forward. We cannot change the past, only live today in a way that positively impacts our future. What navigational choices will you make today to ensure your future is less frustrating than your past?

It is never too late to ask Jesus for new directions.